"Jason tar av sig sin mask" was released 2010 as an eight track album with leftovers that didn't make it into the Dick Lundberg & Misstro project. A figure that dominated those songs was Jason so the title was a nobrainer. The year after I was unsatisfied with the material, so I took the album down and refined it to what I called "Jason tar av sig sin mask [remake 2011]". At that point it contained ten tracks with the brand new song "Hon trodde hon kunde rädda Jason" as concluding chapter of the story I built in my head around the material.

The figure Jason is my version of Jason Voorhees as an inner ego-driven creature that messes your life up when you're kinda too happy with it. He's sad and lonely and he kills what he needs to kill. 2021 some circumstances led to another takedown of the album and I already had new mixes of the songs from a few years before, so I went through it all one more time, wrote a new final song called "Minna träffade Jason" and... here it is.

Track 8, "Världen är kall och farlig idag" is a recording from 2014 that wasn't on the album earlier, I did put the original version at track 12 as a bonus. Enjoy the macabre and woesome world of Jason! But it's also a story of love and a will to make good. 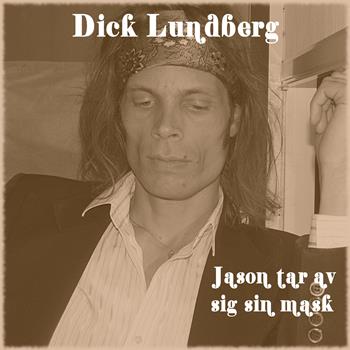 Also check out this