Jörgen have earlier played in the band (with the strong name) Spader Ass who (obviously after Gyllene Tider) was prophets in Halland in the late 80’s. They also had Snowstorm as a supporting band before their carrier really took off.

The songs is recorded with a MicOne, produced by Jörgen’s own company, which was also used by Måns Zelmerlöw when he recorded ‘Heroes’, and Europe when they made their comeback a couple of years ago.

Jörgen’s music har earlier been kept from frequently being played on the radio as it was not available for sales. However, that is not an obstacle today as the songs is now available on all platforms! Jörgen has during many years written songs along with Lars” Dille” Diedricsson, who was behind the Swedish pop-hits like Charlotte Perelli’s ‘Take me to your heaven’ and Snowstorm’s ‘Sommarnatt’ Per Gessle, songwriter and member of the legendary pop duo Roxette has described Jörgen's songwriting as "really strong".

Now CRS Records is the label 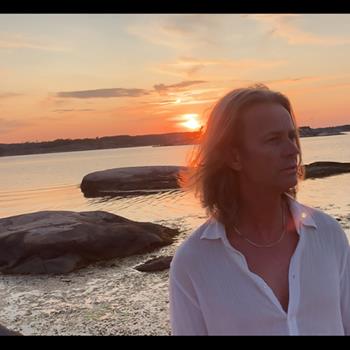